Data analysis is a process of inspecting, cleansing, transforming, and modeling data with the goal of discovering useful information, informing conclusions, and supporting decision-making. Data analysis has multiple facets and approaches, encompassing diverse techniques under a variety of names, while being used in different business, science, and social science domains.

The process of data analysis

Data science process flowchart from "Doing Data Science", Cathy O'Neil and Rachel Schutt, 2013 Analysis refers to breaking a whole into its separate components for individual examination. Data analysis is a processfor obtaining raw data and converting it into information useful for decision-making by users. Data is collected and analyzed to answer questions, test hypotheses or disprove theories. 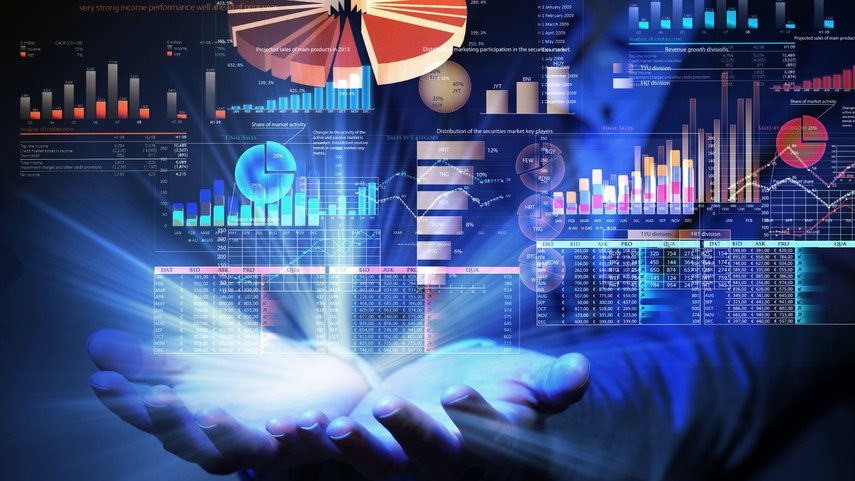 Statistician John Tukey defined data analysis in 1961 as: "Procedures for analyzing data, techniques for interpreting the results of such procedures, ways of planning the gathering of data to make its analysis easier, more precise or more accurate, and all the machinery and results of (mathematical) statistics which apply to analyzing data."

There are several phases that can be distinguished, described below. The phases are iterative, in that feedback from later phases may result in additional work in earlier phases.

The data is necessary as inputs to the analysis, which is specified based upon the requirements of those directing the analysis or customers (who will use the finished product of the analysis). The general type of entity upon which the data will be collected is referred to as an experimental unit (e.g., a person or population of people). Specific variables regarding a population (e.g., age and income) may be specified and obtained. Data may be numerical or categorical (i.e., a text label for numbers).

Data is collected from a variety of sources. The requirements may be communicated by analysts to custodians of the data, such as information technology personnel within an organization. The data may also be collected from sensors in the environment, such as traffic cameras, satellites, recording devices, etc. It may also be obtained through interviews, downloads from online sources, or reading documentation.

The phases of the intelligence cycle used to convert raw information into actionable intelligence or knowledge are conceptually similar to the phases in data analysis.

Data initially obtained must be processed or organised for analysis. For instance, these may involve placing data into rows and columns in a table format (i.e., structured data) for further analysis, such as within a spreadsheet or statistical software.

Once processed and organised, the data may be incomplete, contain duplicates, or contain errors. The need for data cleaning will arise from problems in the way that data is entered and stored. Data cleaning is the process of preventing and correcting these errors. Common tasks include record matching, identifying inaccuracy of data, overall quality of existing data,deduplication, and column segmentation.Such data problems can also be identified through a variety of analytical techniques. For example, with financial information, the totals for particular variables may be compared against separately published numbers believed to be reliable.Unusual amounts above or below pre-determined thresholds may also be reviewed. There are several types of data cleaning that depend on the type of data such as phone numbers, email addresses, employers etc. Quantitative data methods for outlier detection can be used to get rid of likely incorrectly entered data. Textual data spell checkers can be used to lessen the amount of mistyped words, but it is harder to tell if the words themselves are correct.

Once the data is cleaned, it can be analyzed. Analysts may apply a variety of techniques referred to as exploratory data analysis to begin understanding the messages contained in the data.The process of exploration may result in additional data cleaning or additional requests for data, so these activities may be iterative in nature. Descriptive statistics, such as the average or median, may be generated to help understand the data. Data visualization may also be used to examine the data in graphical format, to obtain additional insight regarding the messages within the data.

Mathematical formulas or models called algorithms may be applied to the data to identify relationships among the variables, such as correlation or causation. In general terms, models may be developed to evaluate a particular variable in the data based on other variable(s) in the data, with some residual error depending on model accuracy (i.e., Data = Model + Error)

Inferential statistics includes techniques to measure relationships between particular variables. For example, regression analysis may be used to model whether a change in advertising (independent variable X) explains the variation in sales (dependent variable Y). In mathematical terms, Y (sales) is a function of X (advertising). It may be described as Y = aX + b + error, where the model is designed such that a and b minimize the error when the model predicts Y for a given range of values of X. Analysts may attempt to build models that are descriptive of the data to simplify analysis and communicate results.

A data product is a computer application that takes data inputs and generates outputs, feeding them back into the environment. It may be based on a model or algorithm. An example is an application that analyzes data about customer purchasing history and recommends other purchases the customer might enjoy.

Once the data is analyzed, it may be reported in many formats to the users of the analysis to support their requirements. The users may have feedback, which results in additional analysis. As such, much of the analytical cycle is iterative.

When determining how to communicate the results, the analyst may consider data visualization techniques to help clearly and efficiently communicate the message to the audience. Data visualization uses information displays (such as tables and charts) to help communicate key messages contained in the data. Tables are helpful to a user who might lookup specific numbers, while charts (e.g., bar charts or line charts) may help explain the quantitative messages contained in the data.

Help us make your business grow by letting us know what you require. We'll connect soon